Teacup Goblins is a creative business and an online store being established by Maarika to make a space for the kind of art she would like to see more of in the world.

Maarika invites us to meditate upon the different (symbolic) statements we can make in our everyday lives. Also, let’s not forget – it’s always tea o’clock! 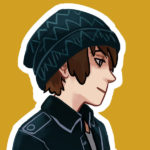 Maarika, how do you define yourself?

First and foremost I define myself as an artist. I never thought of myself as an activist or at least not using that label. I think some of my work could be used in activism for different causes.

What is veganism for you?

I practice veganism as way of aligning my actions with my morals. It definitely changed my life when I learned about veganism because it made me question all the systems around our consumption practices. It led me to the realization that capitalism is an inherently unsustainable and destructive system which is built on the exploitation of both humans as well as non-humans. So, if we want to end animal exploitation but also other issues (climate change, human rights violation, slavery, etc) then we have to do something about our current system as a whole, and I think veganism is absolutely one step towards that. 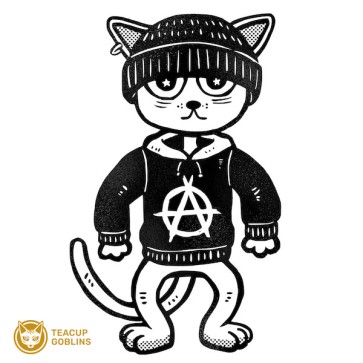 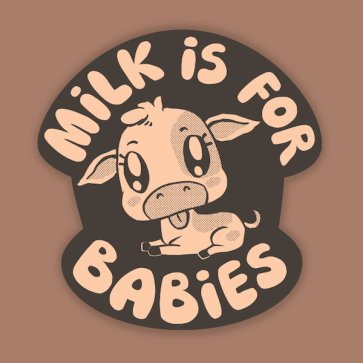 I think diversity has become an increasingly talked about thing in recent years and now we get all kinds of different representations and stories even in mainstream media which is cool. We’re all different and there are lots of different identities that people can have, whether it’s based on ethnicity, gender, sexual orientation, physical abilities, race, age etc. We need to acknowledge and respect people who are different or identify differently not in spite of their differences, but because of them. People need to get comfortable that everyone is different and that’s a good thing, and we should not erase those identities or differences. Teacup Goblins wholly supports that. 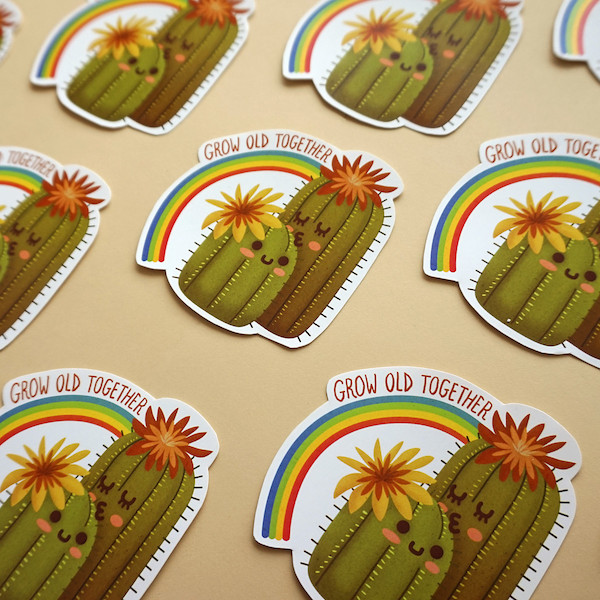 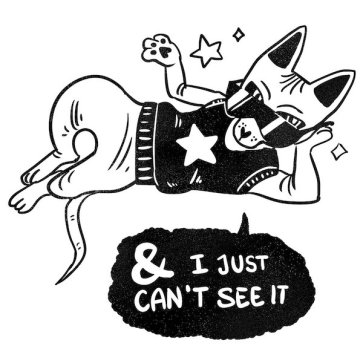 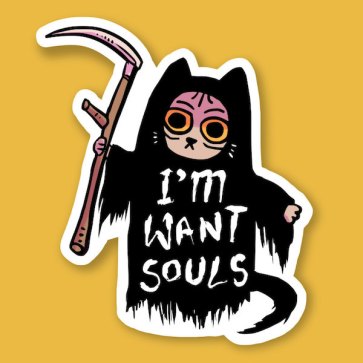 Andrew Howard, a British graphic designer and design writer, has said: “Graphic design has a part to play in creating a visual culture that empowers and enlightens, that makes ideas and information accessible and memorable. Many designers may argue that their job is not politics, and they would be right. But this does not prevent us from developing ideas about cultural democracy. We cannot separate our work from the social context in which it is received and from the purpose it serves. If we care about the integrity of our design decisions, we should be concerned that the relations implicit in our communications extend active participation in our culture. If what we are looking for is meaning and significance, then the first step to ask, who controls the work and whose ends does it serve?” How would you comment on that?

I think Howard is talking about representation and responsibility. I’ve thought about that a lot. I think the sort of design, art or stories we put out into the world have a responsibility because they have the power to either reaffirm the status quo or they can challenge it. Good representation can bring attention to stories of people who do not have the power to tell those stories themselves or who are just constantly ignored. So that’s one thing design can be responsible for. A huge part of graphic design, in particular, is currently in the service of capitalism with the explicit goal of generating profit. Not exclusively of course, but I think it’s worth thinking about what kind of design we’re putting out there, for whom and why. 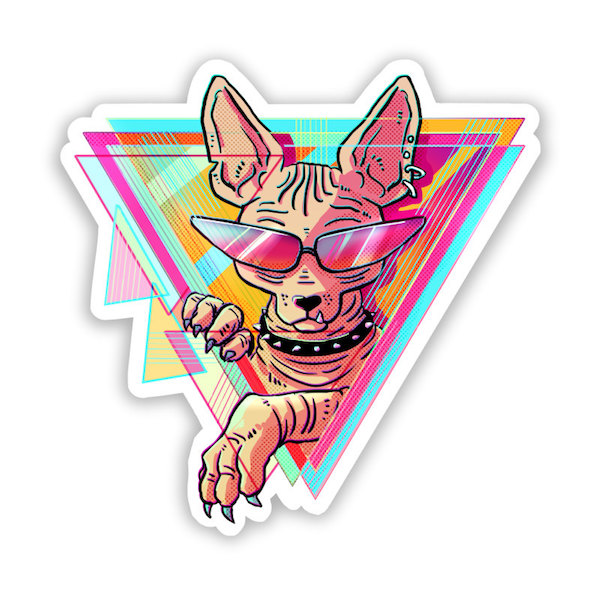 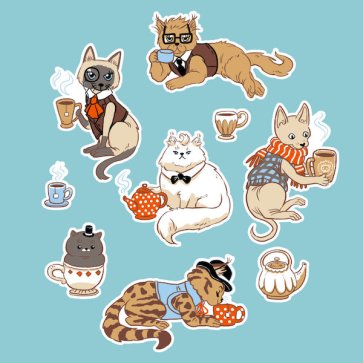 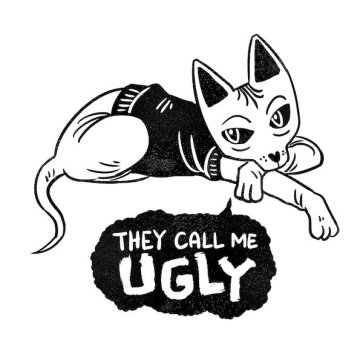 What are the main ways designers can contribute to social impact?

Designers need to do their research and be aware of what kind of impact their work and processes can have. It can be as simple as learning about the environmental impact of the materials or tools they use, and making more responsible choices.

How did you start making politically loaded art?

I wouldn’t say I intentionally started making political art but some of it definitely is political. One example is that three years ago I made a comic about gay marriage that’s aimed at children. So, if someone thinks that’s wrong or controversial then it exposes their prejudices and I’m glad if my work has that kind of impact. Though mostly I just aim to normalize identities that are marginalized and I don’t really care what anyone thinks. Because for example, if a kid who is gay reads my comic and sees that this is not a bad thing or it gives them some kind of hope, then I think that is important. 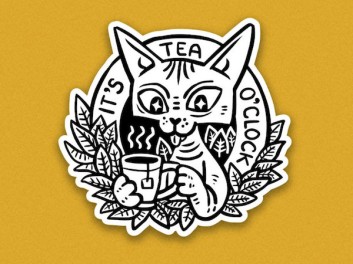 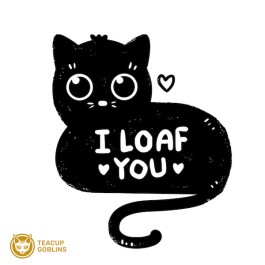 Creativity can be a great tool for activism and I think everyone who’s creative and wants to get into activism should pursue the kinds of activities that they’re good at and that they like doing. For some this may be writing articles, for others it could be podcasting, making videos, or getting organized at a local level. There are lots of different ways to join creativity and activism. If my work can be used as a tool in activism in any way then that sounds great to me.

Currently 10% of all the profits of the Teacup Goblins go to charity to support a local animal shelter in your hometown. What does partnering with a charity mean for you?

I’m not officially partnered with any organization but it’s true, I’m donating a portion of all the profits. Teacup Goblins is a small business and it won’t have a huge impact. Donating some of my profits is mostly a symbolic statement, because the way capitalism is, not a single for profit business would ever do that unless they’re also social entrepreneurs or just very small and socially aware. Donation is also used as a tool for marketing so that’s why some businesses do it. But imagine if every business on this planet had a social obligation to give something significant back to the community? Doing that goes directly against the profit motive which is the entire goal of capitalism.  But like I said before, capitalism is the central issue here and we can’t solve the problems it’s caused by staying within this framework. So, my 10% is pretty insignificant but I hope it means something.

What vegans and/or creative activists would you say have influenced you the most?

I guess I owe the most to my friends who helped me become vegan because I wasn’t really sure how to get started. As far as (vegan) activists go, Christopher Sebastian, Carol J. Adams, Lauren Ornelas, Dr. A. Breeze Harper, Angela Davis, Dr. Melanie Joy are some of the people whose work has taught me so much, and I think everyone needs to check them out. 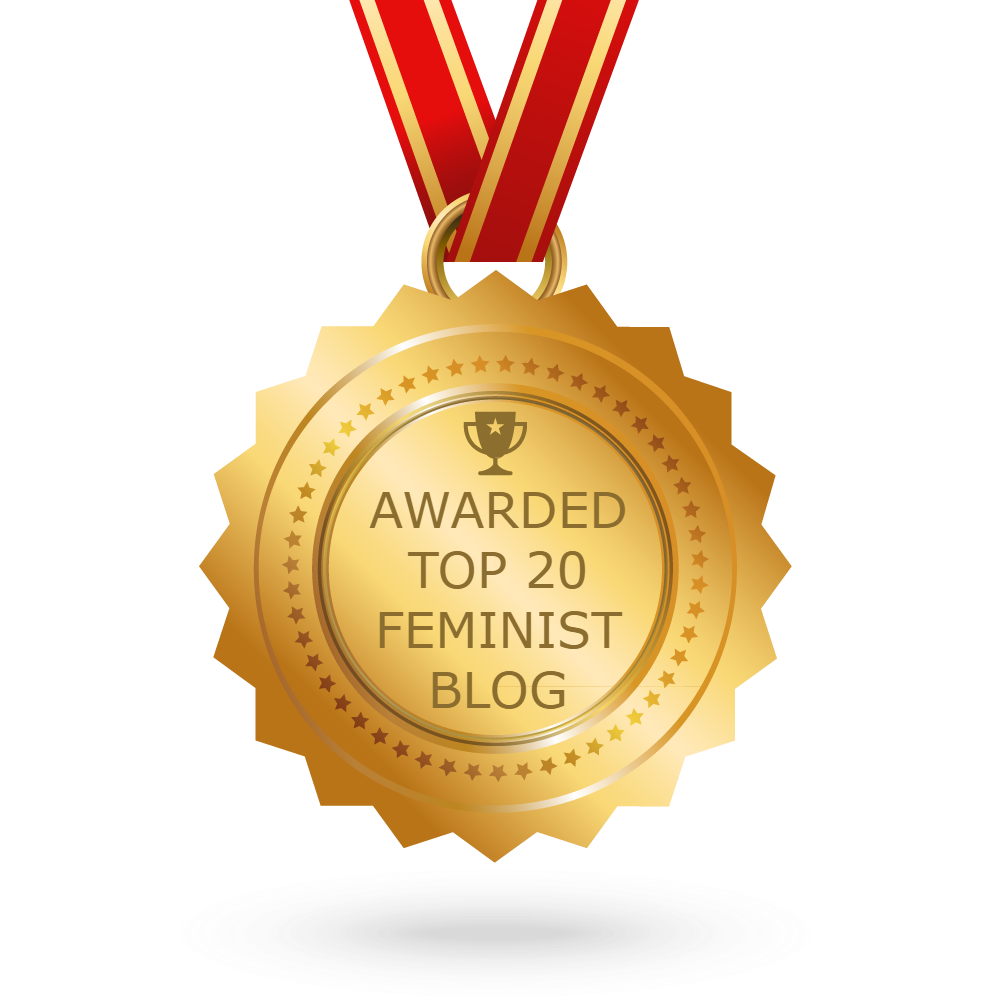